I just read Zeitoun by Dave Eggers. It's a mixed bag.

In this book Eggers recounts the true, and truly awful, story of what happened to Abdulrahman Zeitoun during and after Hurricane Katrina. What happened to Kathy Zeitoun, too, and their children, as a result.

Who is Abdulrahman Zeitoun? A small business owner; he ran and still runs a painting and contracting firm in New Orleans. An Arab-American; born and raised in Syria, he had at the time of these events lived in this country for over 10 years, a fully documented immigrant. A kind, loving friend, neighbor, family member. A hero: he spent several days after the levees broke paddling a canoe around New Orleans, rescuing people, mostly elderly people trapped in the upper floors and attics of their houses, and bringing water and food to other people as well as to some dogs. By all accounts, then, Zeitoun is a fine person. By this, Eggers', account, he is also without question a victim of sickeningly disgusting racism, brutality, all-round mistreatment and injustice at the hands of the state--the police state that rampaged through New Orleans during and after Katrina. What these marauders, unleashed to do their worst, did to him, and by extension to his family, especially Kathy Zeitoun who according to this book has been permanently broken by the ordeal, will make any decent person's blood boil. Several times as I read the story I found myself shaking with rage.

I'm not going into the details here. For the story itself, for the facts about what the armed state did to Zeitoun, it is worth reading this book.

But if it's facts you want, I'd advise you to stop before you get to the last few pages. For some reason--and I can only conclude that it's because Dave Eggers is a liberal and therefore cannot stick to the total truth, which is that what the cops, the National Guard, Homeland Security and FEMA did to Zeitoun was not an aberration but rather a direct expression of the capitalist state, and that it is exactly what the state is tending toward more and more--the last two or three pages turn into a nonsensical paean to the good life here in the USofA. In a bizarre passage that directly follows the most harrowing ones that tell, among other things, how Kathy is scared of everything now and how Zeitoun is terrified of being pulled over for a traffic violation, Eggers (supposedly channeling Zeitoun) writes:

"Abdulrahman Zeitoun existed before, and exists again, in the city of New Orleans and the United States of America. He can only have faith that [he] will never again be forgotten, denied, called by a name other than his own. ...

... Yes, a dark time passed over this land, but now there is something like light. Progress is being made. ...

Really? Progress is being made? What an absolutely false note Eggers strikes here. Does he not know the truth about New Orleans since Katrina? Or does he just not want to tell it? Is he that intent on a happy ending? On letting his beloved bourgeois democracy off the hook?

It so happens that last weekend I watched the movie Trouble the Water on DVD. This is a thoroughly laudable look, a thoroughly honest look unlike Eggers', at Katrina, viewed, as with Eggers' book, via the ordeal of one family. How does the movie end? Very differently than this book. The movie ends with a series of informational points filling in some of the story of what's happened since. For instance that most white families have moved back to New Orleans but most Black families have not been able to. That rents have quadrupled or more. How big business and realtors have controlled the rebuilding and kept out the poor. What happened and is still happening to Black youth in the prison system. This is not some concocted-out-of-whole-cloth lie about morning in America. This is the real deal, and it is not pretty.

What was done to Zeitoun should enrage you. For the bigger picture, which Dave Eggers can't or doesn't want to see, take a look at Trouble the Water. 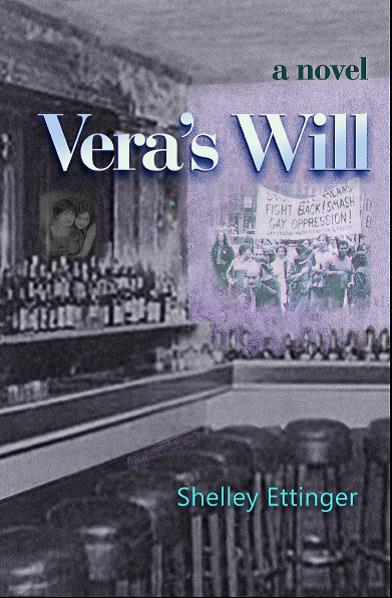 Shelley Ettinger is the author of the novel Vera's Will, published in 2015 by Hamilton Stone Editions, called "a breathtaking achievement" by Library Journal. Click on the cover image for link to the book's Amazon page.